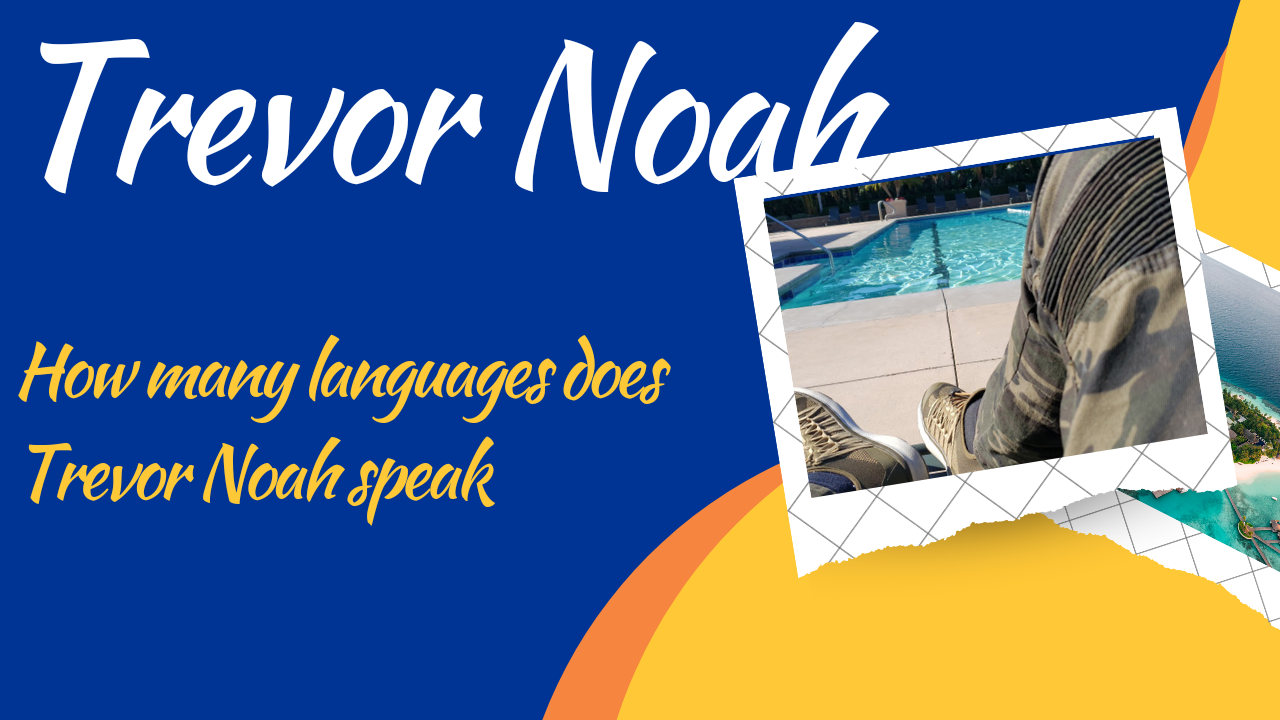 You may know Trevor Noah as a very charismatic Television host and stand-up comedian.

But do you know how many languages Trevor Noah speaks?

Get your insights on this question and many other fun facts about Trevor Noah’s life.

How Many languages does Trevor Noah Speak?

Trevor Noah was born in South Africa of mixed parents, a South African mother and a Swiss-German father.

As such, he was immersed in many languages from his young age and currently speaks as many as 8 languages.

The 8 languages are English, Afrikaans, southern Sotho, Zulu, Xhosa, Tswana, Tsonga and some German (this one from his father heritage).

That may come as a surprise for some but not really for people from Africa.

Typically, different regions inside the same countries do not share the same language.

I can relate to this as I speak over 6 languages even though I left Africa at the very young age of 13.

What Languages does Trevor Noah Speak?

The languages Trevor Noah speaks came to him naturally because of his upbringing in South Africa.

In this country, different tribes have different languages.

So, as a younger man growing, he was exposed to the languages from these tribes because due to the mix of cultures in his living environment.

Imagine you are going to school somewhere with some of your classmates speak a language different from yours.

Sooner or later, at least in Africa, you will pick up that language without much effort just because you are immersed into “that culture” on a permanent basis.

Here is a table Summary of all the languages Trevor Noah can speak with his level of proficiency in each one of them.

How did Trevor Noah manage to learn so many languages while growing up in Africa?

It was one of the first languages he learned as a youngster growing up in South Africa.

Just to put things in perspective, the land of Nelson Mandela is home to over 11 officially recognized languages and no less than 35 spoken languages.

Therefore, for Trevor know to speak 7 of those 35 languages does not seem like an insurmountable task.

The above title should add, and if so, how well does he speak Xhosa, right?

The truth is that Xhosa has no secret for Trevor Noah.

We know this because he made a joke in Xhosa at the 2019 Oscars and the audience was …let’s just say very confused.

Here is another proof of Trevor Noah Xhosa skills from a very popular YouTube video.

He made jokes about how “the Swiss love their chocolate” on a standup comedy show.

This was in reference to his Swiss father and this black mother (Patricia) romance.

In the YouTube video below, Trevor Noah shares his life in Germany and how he learned German the hard way.

His big break took place in 2015 when long time host of the Daily show on comedy Central Jon Stewart left an empty position.

Then came a young South African who almost made us forget about his illustrious predecessor.

Her new husband’s last name is Shingange, which is the name held by Trevor Noah two half-brothers Andrew and Isaac Shingange.

However, that relationship left a sour note in Trevor’s life as the husband was abusive to his mom.

In several interviews, Trevor Noah questions why the justice system of his native country has not brought that case to a comprehensible resolution.

This story will soon be brought to the big screens by fellow African polyglot Lupita Nyong’o who is set to portray Patricia character from Trevor Autobiography Born a Crime.

Who is Trevor Noah Wife?

Trevor is not known to be married at this time.

Does Trevor Noah have a girlfriend?

Recently, Trevor Noah has been linked to be in a relationship with Minka Kelly.

However, according to our latest research, the couple may have decided to call it quit.

His dad’s name is Robert.

His mother is of a black decent while is father is of white European decent (Swiss German precisely).

In his stand up, Trevor poke fun at this union by stating “you know how the Swiss love their chocolate”.

The name Trevor is inspired by “Travolta” because the young mom Patricia was a big fan of John Travolta in the seventies.

What Is Trevor Noah net Worth?

As of 2022, Trevor Noah salary is $16 million while his net worth stands at $100 million per the latest Forbes publication.

This income from his outstanding show at Comedy Central but also from his stand-up comedy shows across the globe.

He is a well renowned personality who commands top billing for his endorsements or guest appearances.

Many of which are listed below are bound to be translated in different languages soon.

The auto biography Born a Crime will soon be adapted on screens by fellow polyglot Lupita Nyong’o who will portray Trevor Noah’s mom, Patricia.

I answered the question “How many languages does Trevor Noah speak” and scrutinized what languages he speaks with their specific level of proficiency.

His was born and raised in South Africa where he had the opportunity at a very young age to be exposed to several languages.

Also because of his mix culture (his father is a German-Swiss), he further learned other languages that make him the well-rounded and cultivated Citizen of the World most of us love and appreciate.

African born – French Raised and US matured who speak 5 languages.

Active Stock Options Trader and Coach since 2014.
Most Swing Trade weekly Options and Specialize in 10-Baggers !